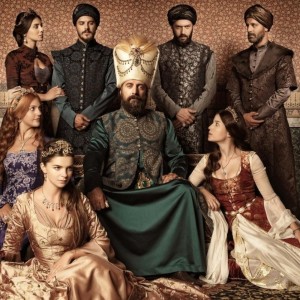 Since 2008, Turkish telenovelas have been spreading throughout the Middle East, with the exportation of more than fifty tv series in the past five years only.

Some new significant social trends are ascribed to these musalsalat, as tv series are called in the Middle East: the success of a rising movement for gender emancipation, the growth of divorce, a widespread recourse to cosmetic surgery among men who want to look like the stars of tv series, and a boom of babies called Muhannad or Noor, like the protagonists of the most popular telenovelas.

The rise of Turkish media in the Arab public sphere gives an idea of the geopolitical roots at the base of Turkish pop-culture’s spread in the Middle East – a phenomenon that has been summarized with the ironic definition of neo-ottoman cool.

Seen through its tv screens, Turkey seems to have hit the target of an univocal Turkish modernity that reaches deep down into Arab people’s ambitions.