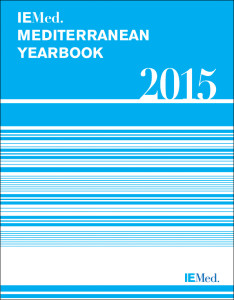 What it truly means to be a journalist is one of the most pressing questions that countries affected by the Arab Spring have had to face. When the squares lit up, thousands of youths took to the streets in the double guise of protesters and citizen-journalists. They voluntarily and freely reported a chapter of history, which they actively contributed to create, while state televisions continued to ignore it. When censorship and self-censorship barriers were torn down, both professional and amateur journalists found themselves immersed in a completely new media-communication sphere. Debuting within this new and unregulated context, these new journalists tasted the emotion that accompanies exercising rights, which they had regained during the protests.

These journalists were now able to grasp the influence they could have on the public – from whom they had had to partially veil the truth, and their own interpretation of events, for years. In a short period of time, the role of the journalist rapidly evolved (and, at least in the case of Egypt, subsequently devolved), one which became increasingly militant. Neutrality and credibility struggled to affirm themselves. In fact, now, programming is gradually being replaced by a staunchly politicised agenda.

With this in mind, this analysis self-critically questions the roles played by the media as it acquired greater authority during and after the Egyptian and Tunisian revolutions. How did they act and what mechanisms did they set into motion during the transitions, especially in its highly polarised phases? Did they accentuate or reduce it? In order to answer these questions this analysis has attentively followed the evolution of the complex – and still on-going- media reform processes.

Between polarization and compromise, Tunisian media during the transition

With the opening of the private broadcast sector for political reporting, the Tunisian audio-visual landscape changed dramatically. No less than twelve radio stations and numerous television channels began to broadcast without authorisation between 2012 and 2013. Indeed, widespread liberalization animated the local television scene. As explained by Fatima El-Issawi, the excessive polarization seriously threatened the new pluralism. National TV stations quickly became the main spearheads of political polarization with businessmen investing heavily in the war between “leftist TV channels” and “Islamist TV channels”.

While considering the polarisation of the Tunisian media on the basis of an Islamist/secularist dichotomy is quite tempting, audience data show that channels existing before the revolution still dominate the Tunisian television scene, and Islamist and religious channels are not faced with a receptive audience. Thus, the political polarization between an Islamic and a secular pole is not reflected in the media context that more closely resembles a battlefield thick with different factors and competing interests.

At the same time, the approach advanced by partisan journalism has become one of the fundamental features of Tunisian post-revolutionary media system. Even if the latter has failed to lobby for rights and freedoms, instead choosing to sweeten the image of their political and ideological allies, the media sector has still undertaken an important reform process which deserves to be closely followed.

Until now, the media reform has dismantled most of the oppressive features of the former media system. The National Authority for Reform of Information and Communications, INRIC, a consultative body, has conducted a revision of the regulatory system governing national media. This has been followed by two important decree: the first (41–2011) has replaced the old restrictive 1975 press code with a new one that ensures basic media rights, and the second (116–2011) has established the High Independent Authority for Audiovisual Communication, HAICA, tasked with regulating the industry with no interference from the government especially for state owned media broadcasters.

All these – as the provisions present in the new Constitution – are important steps for the protection of media independence and rights. Nevertheless, several obstacles – above all the role played by the Judiciary and the limited efficiency of these decrees – limit the achievements of these reforms. The positive approach to reform undertaken by the Tunisian media has still to show important results and Tunisian media have to obtain their own autonomous maturity vis-a-vis political opposition, with which they simply drift at the moment.

Lined up and defeated: Egyptian media during the transition

Post-revolutionary Egypt was not immune from the explosion of new media outlets . In addition to new media linked to political parties, some wealthy businessmen with ties to the Mubarak regime decided to create new outlets to promote their own interests more than public interest. As a result, there had been a growth in both ethical and financial corruption. Even if the 2013 Constitutions provided real progress in the protection of freedom of information, this remained only on paper due to repressive campaigns implemented by the military-backed government. Successive regimes have taken steps to limit freedom of expression and control the narrative in Egyptian media coverage. Hopes for a more professional sector have been dashed by a state media apparatus that has for all intents and purposes supported whatever regime has been in power. In addition, the deep polarization between pro-Islamists and pro-liberals – above all at the end of the Muslim Brotherhood era – transformed the media into the favourite political spin.

If Brotherhood control of the media was one of the most evident authoritarian aspect of the Islamist era – as well as a clear replication of previous regime behaviour – the wave of populist propaganda associated with the 2013 military intervention was a replication of the old regime tactics of mobilizing public opinion and muzzling the media for its own benefit. Instead of calming down the struggle between liberal and Islamist forces, the media magnified it, fuelling popular anger against the Brotherhood’s rule and supporting – rather, embellishing – the military intervention.

Until now, journalists working both in private and state media have continued to share a propagandist attitude, serving as the guardians of the regime, always ready to orchestrate media campaigns to glorify it whenever it is in danger. Many newspapers and televisions networks are able to transmit and report exaggerations, fabricate news and reports, and commit other infringements as a daily practice without being held accountable. They are also used to celebrate the government’s achievements, while ignoring its failures. The lack of a code of ethics and a proper media framework transforms journalists into nothing but spokespeople for their corporate heads, which themselves are often reiterating government rhetoric.

Within this scenario, there were immediate calls by civil society for significant reform of the legal framework governing the media. The day after Mubarak’s resignation, a statement issued by the forum of Independent Human Rights Organizations included a significant section on media law reform. The National Coalition for Media Freedom was then established and May 3, 2011, it issued a Media Freedom Declaration in Cairo setting out ten main principles regarding media freedom, and asking for the abolishment of the Ministry of Information and Supreme Press Council and replacing them with independent bodies. The Ministry was put into abeyance and many rules limiting media freedom were suspended. But this new trend did not last long. An early setback occurred when, on July 9, 2011, a new Minster of Information, Osama Heikal, was appointed – to the great disappointment of Egyptian human rights groups, which had hoped that this Ministry had been permanently abolished . This was followed by a series of new appointments to State newspapers made by the Shura Council, which is dominated by Islamist forces.

It can be concluded that the legal framework, which formally remains almost entirely in place, has established a strict regulatory regime for the media, which allocates a broad measure of control to the government. Nowadays, state media reform is needed more than ever before, but political will is lacking. Like its predecessors, the Al-Sisi regime has shown little interest in making the media more open and democratic.

This paper is part of the IeMed Mediteranean Yearbook 2015. Here you can download the entire paper and the entire book.